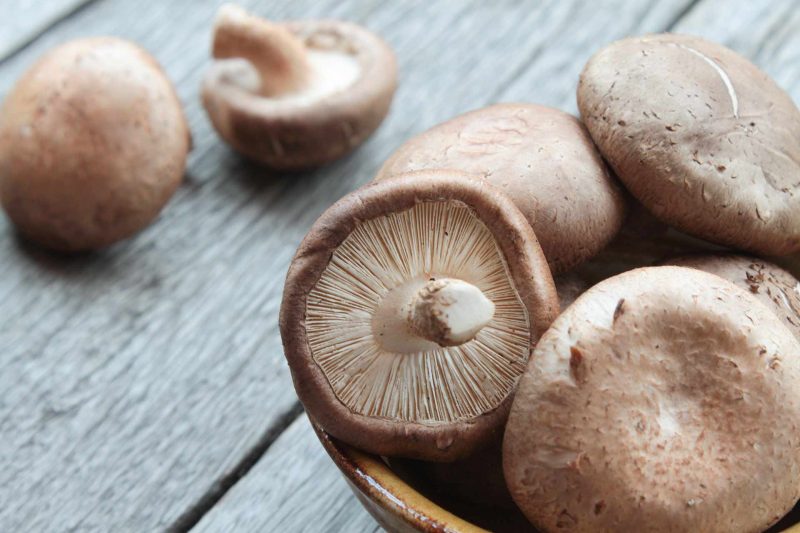 The name Shiitake derives from Japanese words “shii” – which means a special kind of oak or chestnut tree –and “take” which means mushroom.

Shiitake is one of the most common mushrooms in the world and the most used mushrooms, second only to button mushroom. It is originating/hailing from Japan, China, Korea and other areas of eastern Asia.

This mushroom is not a drug, but it is considered as an excellent way of prevention. Indeed a doctor from Ming dynasty (1368-1644) once wrote: “This mushrooms is a way to nourish health, cure colds and stimulate circulation.”

It has been demonstrated that this mushrooms are able to stimulate the new creation of immune cells called macrophages which can fight infection and can identify and remove potentially carcinogenic cells.

They also strengthen the immunity system: in fact they contain Beta-glucans (polysaccharide) which have the capacity of decrease the risk of cardiovascular disease. Aside from extreme cases, Beta-glucans are declared as substances which can drastically reduce high LDL cholesterol levels, ease injury healing and prevent infection.

Moreover they are an antioxidant help: thanks to the high level of MANGANESE, SELENIUM and ZINC contained the first one can inhibit the free radical (cause of ageing and development of carcinogenic cells), the second one helps to maintain the flexibility of tissue and the third one is endocrine regulator (lack of zinc in our system is related to symptoms like loss of hair and skin eruption).